While the fires of the Coachella festival were dying down Omnispace and bluemedia stoked the embers into a truly revolutionary once in a lifetime afterparty for our partners at CashApp.

While the fires of the Coachella festival were dying down Omnispace and bluemedia stoked the embers into a truly revolutionary once in a lifetime afterparty for our partners at CashApp. An experiential activation was created around Coachella where hundreds of thousands of people from all around the country gather every year to see the world’s top music artists perform. This year was no different and the CashApp interactive dome became a signature afterparty of this year’s festival from both near and far thanks to many of the Omnispace capabilities that were utilized. 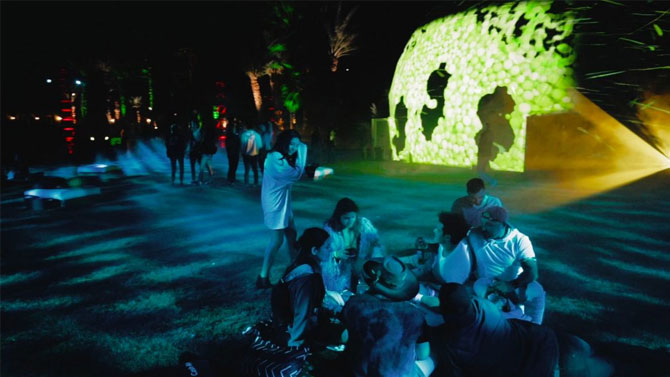 All of that was made possible by the solutions we at Omnispace360 offer our clients when wanting to host next level events. This afterparty was a standout both inside and out! We started by installing one of our signature 50’ (15m) diameter geodesic projection domes which are perfect for creating an immersive party experience. Next, the dome was customized for the Coachella atmosphere in a multitude of ways. We provided Projection Mapping on the outside of the dome which stood out in the night sky and created a whole other level of experiential branding for CashApp. With our external projecting comes the safety and security of the weatherproof housings we offer in order to keep the external projectors cool and safe from any inclement weather. Even when not lit up during the day the dome stood out as a recognizable landmark with the vinyl branding on the doors.
On the inside was where the magic of cutting-edge AV technology happened. We utilized theMeduza360 real-time immersive dome music visualizer which is one of the standard applications available on the Omnispace360 Media Server. This provided an AI enhanced VJ, so the entire dome literally pulsed and moved to the rhythm of the music that the DJ was playing. It also allowed CashApp to upload and use their own graphics so that the experience could be customized to their branding. Meduza360, the Omnispace360 Media Server, and our Automatic Calibration were all controlled wirelessly with a user friendly iPad interface. Whether attendees were mesmerized in slow motion or rocking to 200 beats per minute bangers, they remained cool and comfortable thanks to the integrated climate-controlled HVACsystem. Suffice to say after a hot day in the Coachella desert there was no cooler place to be than the CashApp Party Dome that our team created. “The energy of this dome beats some of the headliners today!” said Tracy Handler, “I loved the 360-degree feeling of the world around me rocking to the music.” Omnispace was the technology designer, integrator and programmer on this project which was executive produced by Paul Whitney with bluemedia. 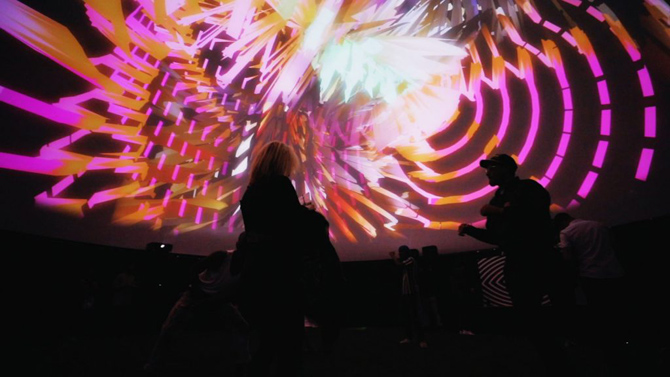 If you are interested in revolutionizing your next after party or are looking to make another event of yours more immersive you can contact us directly on our site or feel free to connect with us on Instagram, Facebook, Twitter and be sure to check out some of our other projects and the wide array of OMNISPACE360 Technologies in action on YouTube.